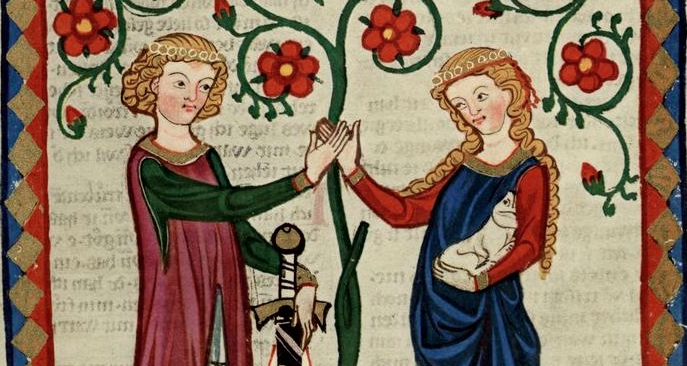 In a few days time, the hearts, chocolates and premium-priced roses will be eagerly snapped up by lovers and would-be lovers, keen to demonstrate their devotion to the object of their affection. And while the commercial aspect of Valentine’s Day is very much a modern phenomenon, the day itself has its origins in the Middle Ages.

True, very early foundations for the day can be found in the ancient Roman fertility Feast of Lupercalia which randomly paired young boys and girls in marriage; but it was the 14th century that gave us our current focus on romantic love. At that time, the West experienced a surge of interest in saints’ and martyrs’ legends. One very popular story was that of St Valentine, a priest of the 3rd century who defied the Roman Emperor Claudius II’s ban on the marrying of Christian couples, and proceeded to perform marriages in secret. For his efforts, St Valentine was executed in 278, and his feast day came to celebrated on 14th February.

As it happened, too, the medieval people (particularly in France and England) commonly believed that birds began their mating season on 14th February. In his Parlement of Foules (Parliament of Fowls) the great Geoffrey Chaucer recorded the belief for posterity with the words:

And there it was: the amorous nature of the day was set … for better or worse.

One Reply to “Love is in the Air”