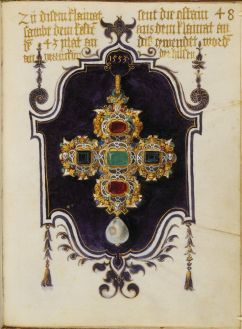 There is a hotel bar in Sydney, high above the Harbour, which features a $10,000 cocktail on its menu. The cocktail consists of only two ingredients – champagne and a diamond. I don’t know of anyone who has actually ordered this drink but I’m presuming you don’t ingest the diamond. If you had served up such a drink in the Middle Ages, however, our modern inclination to keep the diamond and swallow only the champagne would not have necessarily applied.

In fact, the use of precious stones and metals in medieval medicinal treatments was not uncommon. In the 13th & 14th centuries, for example, the Dominican monks of Bologna were widely known for the excellence of their remedies. 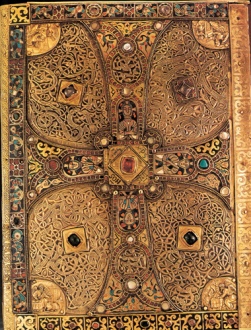 st frequently prepared cure, to be ingested completely, was manuschristi (the “hands of Christ”) which was a confection of crushed pearls and gold in a syrup that variously included  violets, rosewater, chopped lemon, spices, marzipan and sugar. The mixture was used for a variety of ailments including heart palpitations and stomach disorders, and was even regarded as a plague preventative by some.

The great 12th century abbess and visionary, Hildegard of Bingen, also included details of jewels as treatments in her medical writings. She regarded the emerald as the “jewel of jewels” for treating many ailments – heart and stomach problems, headaches, even epilepsy. The emerald’s efficacy was due to its excessive greenness which, for her and others of the time, signified that it had absorbed all the green goodness of the natural world as it sprang and sprouted back to new life each Spring. The emerald was not necessarily ingested, however; just wearing it as a charm or drinking some wine in which it had been placed was considered effective.  Hildegard also prescribed a sapphire held in the mouth for a short time each mornings for the improvement of one’s intellect and reasoning powers.

Albertus Magnus, a 13th century German Dominican (and credited with the discovery of arsenic) wrote extensively on the power of precious and semi-precious stones. Among his recommendations are amethyst as a good hangover cure, and topaz as a foil to madness. And diamond, of course, was good for just about everything.

With all those health benefits, maybe the $10,000 diamond and champagne cocktail is worth a try!!!!

5 Replies to “All That Glitters”