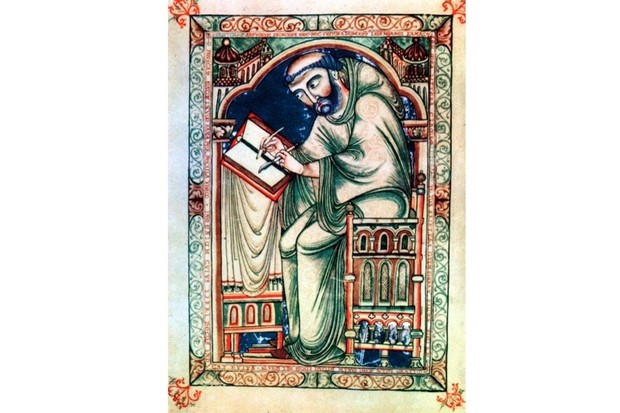 A few weeks ago I suffered a crushing injury to part of the right hand. Yes, all very traumatic but, thankfully, with some nifty microsurgery, I will regain most of the function of my dominant hand. Since the injury, however, I’ve had to do things with my left hand and for someone like me who, I’ve realised, has been rigorously right-handed all my life, the necessary change in dominance has been very challenging. Good for the brain, no doubt, but I now realise that the world shamelessly privileges right-handers. And it got me thinking about those among us (about 10 %) who are decidedly left-handed.

In the Middle Ages, being left-handed was considered to be a sign of the devil. The Latin word for ‘left’ is ‘sinistre’ and we all know the connotations that are associated with its English version ‘sinister’. That is, because left-handedness was very much in the minority then (as now) it was treated with suspicion, and the biblical allusions to ‘right’ and ‘left’ only served to underline the distinction. For example, Jesus is said to sit at the right hand of the Father; in Matthew 25:32-33, the ‘sheep’ (those in God’s favour) go to the right while the out-of-favour ‘goats’ are directed to the left.

But the bias extends much further back than the writings of Matthew and, no surprise, there is a gendered component at its basis. Eve is said to have come from a rib from Adam’s left side (and we all know the problems that Eve is blamed for), and women have been under suspicion ever since. In the witch hunts of the 15th century, for instance, left-handedness in a woman was sometimes enough to bring her under suspicion of witchcraft.

Still, given the ‘sinister’ associations, the prejudice may not have been as acute in the Middle Ages as we might think. Palaeographic evidence from medieval manuscripts shows that left-handed monastic scribes and copyists were not uncommon so, in the religious houses at least, it seems that left-right discrimination was not being practised. This evidence arises from examination of the difference in the way that letters appear on the parchment or vellum, with the more usual right-handed scribes creating ink strokes that show the quill was pulled from left to right of the page, while the left-handers’ strokes show evidence of pushing.

Somewhat ironically, it may be that the most marked prejudice against left-handedness appeared with the Age of Enlightenment, particularly with the associated spread of education in the 18th and 19th centuries. The formalisation of education also demanded conformity and, as most people wrote with their right hand, left-handers were punished, often severely. Tying a naturally left-handed child’s left hand behind his back was not uncommon. Even into the 20th century, left-handed children were often considered to be wilful and difficult. It is a relatively recent development that has seen left-handedness being regarded as a normal (albeit minority) occurrence and, in fact, often a sign of creativity and giftedness.

Hands up left-handers. Your time has come!

8 Replies to “Something Sinister at Hand”